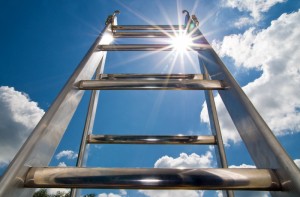 Ladders give players the opportunity to play matches with a variety of players in a competitive, but friendly environment.

For the 2022 season we will offer the following ladders:

The Ladder Seasons will run:

The cost is regardless of how many sessions are entered. The club donates all proceeds to the Doug Philpott Inner-City Children’s Tennis Fund.

The type of Ladder played at Wanless Park Tennis is a box ladder. There will be 5 to 6 people/teams in a box. The intention is that you will play each person/team in the box once during each session. At the beginning of each session you can view your Ladder by clicking the Gametime Ladder option and arrange matches with your box opponents. All scores will be entered by the participants directly on Gametime which will keep track of the standings.

You can join a ladder at any time during the season, however new entrants will only begin play at the beginning of the following session. Sessions for Singles Ladders are one month. Sessions for the Mixed Doubles Ladder are six weeks.

When you begin play, you will be placed in a box with players of similar skill levels. A Ladder is meant to give everyone a competitive match, so identifying your current skill level is important. The following page will help you to identify your skill level.

Note that to keep boxes balanced, and to accommodate new entrants, mismatched players, and people dropping out, shuffles and box sizes may vary slightly from the formula posted above.

All Ladder Matches are 60 minutes including the warm-up. Scoring is similar to House League. The Ladder match consists of up to 14 games with each game won being worth a single point. Games are played with a three point deuce to maximize the number of games completed in 60 minutes. The receiving player/team has the option to decide whether to receive the serve on the deuce or ad side of the court on the 3rd deuce point. Should you run out of time the score recorded will be that at the end of the last completed game.

Scores and standings are kept in Gametime. If you need info on ladders in Gametime see this post.

Defaults, Retirements and Games not Scheduled

If you are playing a match and one player/team has to withdraw because of injury, the other player/team will get all the remaining points available (up to a maximum of 7).

If a scheduled match is not played because one player/team does not show up, that player/team is considered to have defaulted the match and the score will be 7-0 in favor of the other player/team.

If a player/team cancels a scheduled match twice or more, the other player/team may request that the match be declared a “default”. If a player/team “defaults” in this manner more than once in session, they may be dropped from the following session.

If both players or teams cannot schedule a match after an honest attempt to play, the match score will be 0-0.

If you do not play any matches in a session you may be dropped from the Ladder in the following session.

Please put your self-rating in the comment box on the payment detail page.